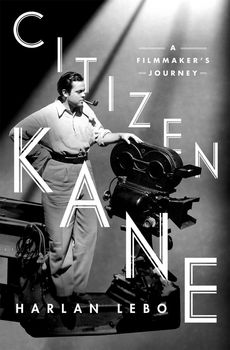 With the approach of the 75th anniversary of Citizen Kane in May 2016, Harlan Lebo has written the full story of Orson Welles' masterpiece film. The book will explore:

-  The dispute over who wrote the script

-  The mystery of the "lost" final script, which the author has in his possession, and the missing scenes, which answer questions relating to the creation of the film

-  The plot by Hearst to destroy Welles' project through blackmail, media manipulation, and other tactics

-  The surprising emergence of Citizen Kane as an enduring masterpiece

Using previously unpublished material from studio files and the Hearst organization, exclusive interviews with the last surviving members of the cast and crew, and what may be the only surviving copy of the "lost" final script of the film, Citizen Kane: A Filmmaker's Journey recounts the making of one of the most famous films in Hollywood history.

The dramatic story of how a young newcomer to Hollywood defied the motion picture industry to create one of the most enduring films of all time and how it was almost destroyed.