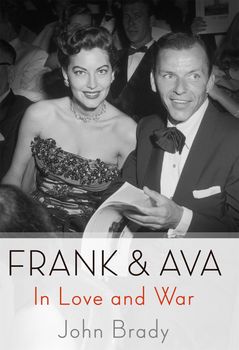 Frank & Ava: In Love and War

The love story of Frank Sinatra and Ava Gardner has been told piecemeal, from one side or the other, but has never been fully explored or explained, until now.

The story begins in Hollywood's golden age when Ava, ever insecure, was emerging as a movie star. But she fell in (and out of) love too easily. Mickey Rooney married her as a conquest. Artie Shaw treated her like a dumb brunette. Neither marriage lasted a year. Then, after being courted by Howard Hughes and others, along came Sinatra, who was battling his own insecurities. MGM fired him, his record company dropped him, and no one seemed to want him, except Ava.

Their encounter led to an affair that broke all the rules of the prudish era. Frank was married with children. Their reputations could be ruined if this got out and it did, as Frank left his family and pursued Ava across Europe while she taunted him. They married, but then came quarrels, separations, and reconciliations. Finally, there was a divorce, but even afterwards their long, hot, messy, glorious, painful romance stretched right to the finish line.

Thoroughly researched and reported, Frank & Ava is not another storybook version of a Hollywood romance but a compelling drama of love and emotional war that left two iconic celebrities wounded for life.

The first book to tell the full story of the romance between Frank Sinatra and Ava Gardner.