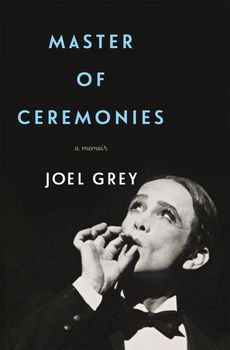 Master of Ceremonies: A Memoir

Willkomen. Bienvenue. Welcome. Joel Grey, the Academy Award-winning Master of Ceremonies in Cabaret finally tells his remarkable life story. Born Joel Katz to a boisterous Jewish-American family in 1930's Cleveland (the son of comedian and singer Mickey Katz), Joel began his life in theater at the age of 10, starring in local Cleveland productions of touring Broadway hits. He was hooked, and the hunt for the spotlight takes him from community theater in Ohio, to seedy, gangster-filled nightclubs in Chicago, and finally to the lights of Broadway and the dizzying glamour of Hollywood. Master of Ceremonies is a memoir of a life lived in and out of the limelight, but it is also the story of the man behind the stage makeup. Coming of age in a time when being yourself is not only difficult, but dangerous, Joel has to act both on and off stage. Deftly capturing the pain and secrets of an age and time we have only just started to leave behind, Joel's story is one of love, loss, and redemption. At once a riveting, heartbreaking memoir, thrilling show business tell-all and a portrait of a changing time and nation, Master of Ceremonies is the poignant tour-de-force from a living legend.

Broadway star and Academy Award-winner Joel Grey tells the incredible story of a life lived both in and out of the spotlight.From backstage bickering with Bob Fosse, nights on the town with Liza Minelli, and having to literally sing in the shower with Bjork, MASTER OF CERMONIES is filled with outrageous and hilarious celebrity encounters