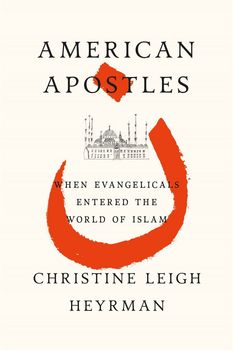 American Apostles: When Evangelicals Entered the World of Islam

On November 3, 1819, Pliny Fisk and Levi Parsons embarked from Boston on the first American mission to the Middle East. A year later they were joined by their friend Jonas King. Poor boys reared on hardscrabble New England farms and steeped in evangelical piety, they imagined themselves martyrs to the cause of converting the world. So too did their large and devoted following in the United States. Christine Leigh Heyrman's American Apostles brilliantly chronicles the first collision between American evangelicalism and the diverse religious cultures of the Levant. The founding members of the "Palestine mission" thrilled readers with tales of crossing the Sinai and exploring Cairo and Jerusalem. But their missions did not go according to plan. The Muslims of the Middle East showed no interest in converting. Instead of saving souls, the New Englanders found themselves engaging scholars in theological debate, marveling at the local folkways, and pursuing an elusive Bostonian convert to Islam. From the start, the American encounter with Islam was an unstable mix of crusading vigor and cosmopolitan curiosity. In the end, Heyrman argues that the failure of the foreign missions movement bolstered a more militant Christianity that became America's unofficial creed. The missionaries did not convert Muslims but they did transform themselves with political and religious legacies that last to this day.

The surprising tale of the first American Protestant missionaries to proselytize in the Muslim world.