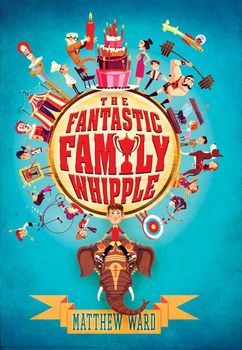 The Whipple family is known far and wide for having broken more world records than any other family on Earth. The only blight on the family name? Eleven-year-old Arthur. Unlike his twelve brothers and sisters, whose achievements range from “Most Accomplished Four-Year Old Painter” to “Most Crème Brulée Eaten in One Minute,” Arthur hasn’t won a single, solitary world record. But when the Whipples suffer a series of catastrophes—and the toughest competition of their lives from the Goldwins, another world-record-breaking family—Arthur might be the only one who can save his family from defeat . . . or worse

For every child who's ever dreamed of being in The Guinness Book of World Records. . . .