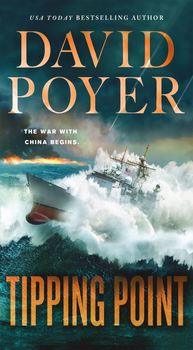 Tipping Point: The War with China - The First Salvo

When Medal of Honor Holder Captain Dan Lenson takes an experimental antiballistic missle cruiser into the Indian Ocean, he can't imagine what he's getting into. USS Savo Island must navigate treacherous waters as tensions in Asia reach the boiling point… and his ship stands alone between two nations on the brink of nuclear war.

A showdown between India and Pakistan has begun and now China is taking advantage of it to redraw the map of the Pacific. It's up to Lenson, under fire both at sea and from Washington, to cope with rogue militias, a deadly tsunami, a divided crew, a shadowy criminal on board… and, by the way, try to prevent worldwide thermonuclear destruction.