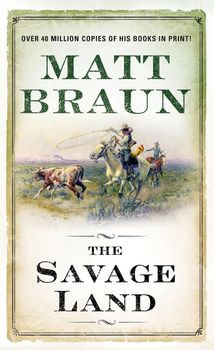 Oliver gave his blood and his soul for the Confederacy. Then he came home to find his family ranch under siege from Union carpet baggers and his neighbours turned against him. For the Texan there was no choice but to blaze a trail toward power, rounding up wild longhorns and driving them toward markets from Galveston to Abilene. But as Print forged an empire, his family paid a heavy toll. Now he had to make a bitter choice between the blood of his own kin and the land he'd claimed with a dream.

One of Matt Braun's most beloved novels - now newly repackaged!