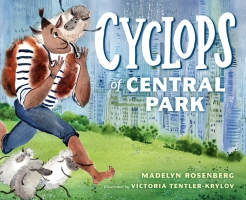 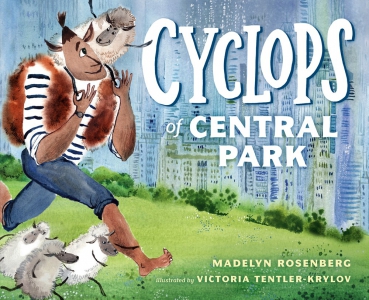 Description
Late at night, just before he closed his eye and went to sleep in his Central Park cave, Cyclops counted his sheep. When the sun rose, he counted them again, and that’s when he noticed - “…sixteen, seventeen…” - one of them was missing. He knew who it was, of course. “Eugene?” It was always Eugene. Cyclops knows the world is a scary place: the grass is too sharp, the carousels are too twirly, and not all restaurants serve spaghetti. If the world isn’t safe for a cyclops, it certainly isn’t a safe place for a missing sheep! And so he sets off to face the many “dangers” lurking in New York City to bring Eugene home. To do so, he will have to face his fears and call for some reinforcements - his other fluffy sheep friends back at the cave. Together, they just might find Eugene and have a fun time in the city. Which goes to show, there is no place like home, but sometimes new experiences make our world a bigger and brighter place.
Selling Points
Featuring a most unusual protagonist, Cyclops of Central Park dares readers to be brave and explore the world because, really, you never know what you might find…
« Back