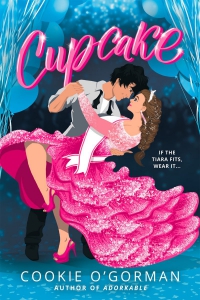 Description
Seventeen-year-old Ariel Duncan always thought it was the funniest thing that she'd been named after a Disney princess. Sure, she's sweet (some say too sweet), and she even enjoys singing (in the shower) and dancing (alone in her room). She dreams of happily-ever-after like every other teenage girl. But with her curvy frame and the nickname Cupcake, Ariel would rather focus on her not-so-secret baking vlog and stay out of the spotlight. But then someone puts her name in for Homecoming Court. The bigger surprise? People actually vote for her! Now, Ariel is a real-life princess—whether she likes it or not—and there's a whole week of Homecoming events to get through, including a pep rally, parade, and even dance lessons. But the guy she gets paired up with is more bad boy than prince charming. Rhys Castle's nomination to Court wasn't a surprise. Even with his surly attitude, Rhys's quiet intensity and those swoon-worthy good looks were enough to make him any girl's fantasy. But while Rhys may be an imperfect prince...he could be perfect for Ariel.
Previous Titles
9781640637597 Adorkable
Selling Points
This new swoon-worthy, feel-good #OwnVoices YA romance from the author of Adorkable celebrates body positivity in all its forms, as well as lifting each other up every day.
« Back