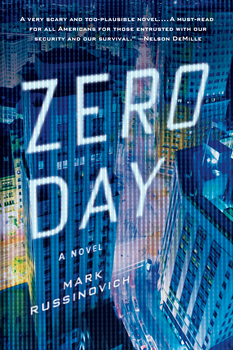 Over the Atlantic, an airliner’s controls suddenly stop reacting. In Japan, an oil tanker runs aground when its navigational system fails. And in the Midwest, a nuclear power plant nearly becomes the next Chernobyl.

At first, these computer failures seem unrelated. But Jeff Aiken, a former government analyst who saw the mistakes made before 9/11, fears that there may be a more serious attack coming. And he soon realizes that there isn’t much time if he hopes to stop an international disaster.

Author
MARK RUSSINOVICH works at Microsoft as a Technical Fellow, Microsoft's senior-most technical position. A cofounder of Winternals, he joined Microsoft when the company was acquired in 2006. He is author of the popular Sysinternals tools as well as coauthor of the Windows Internals book series, a contributing editor for "TechNet Magazine," and a senior contributing editor for "Windows IT Pro Magazine." He lives in Washington State.
Selling Points

"A very scary and too plausible novel. Zero Day is not science fiction; it is science fact, and it is a clear warning of Doomsday. A must-read."—Nelson Demille