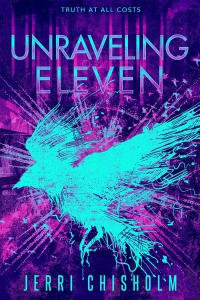 Description
At long last, Eve Hamilton has realized true freedom. It is electrifying, intoxicating, divine. But much too quickly, it is wrenched from her grasp. And this time, the awaiting corridors of Compound Eleven are even less friendly than before. This time her list of enemies has grown exponentially, and her survival is far from a given—even with Wren Edelman by her side. Yet her brief taste of freedom has left her with something useful, something powerful, something that terrifies the leaders of Compound Eleven: knowledge. Together Eve and Wren use it to uncover secret after secret, ones so twisted that everything they have ever known is thrown into doubt. Secrets that are so dangerous to wield that mere awareness can spell certain death. But Eve soon discovers that despite a long list of enemies, despite uncovering secrets worth killing for, her greatest adversary lies deep within. And if she can't contain the monster inside, if she can't stop committing unspeakable acts of cruelty—ones she never thought she was capable of—she will lose everything that is important to her and everyone she holds dear.
Selling Points
If Eve Hamilton cannot contain the monster inside, she’ll lose everyone who is important to her in this thrilling follow-up to the 2020 dystopian Escaping Eleven.
« Back