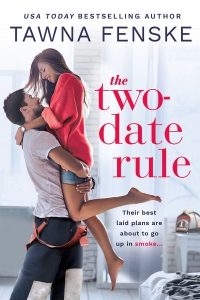 Description
Lyle Kimmie—yes, Lyle, not Lyla, thank you very much—grew up dirt poor and tougher than steel. Men are useful enough, but she has one personal rule: She never dates anyone more than twice, her way of protecting both her heart and the life she’s worked so hard to build. Enter smokejumper Grady Billman. He spends his summers leaping out of airplanes into raging forest fires. The nature of his work means he’s gone constantly, which is one reason he’s never settled down. Though his schedule makes him a lousy boyfriend for most women, he’s perfect for Lyle. A few dates and they’ll bid each other farewell. No hard feelings. Except one problem. Now Grady wants more than two dates, and he'll do anything to prove to Lyle that there’s more than one way to light a fire.
Selling Points
Exciting settings, smoke jumpers, and a steamy romance collide in this new romantic comedy series from USA TODAY bestselling author Tawna Fenske.
« Back