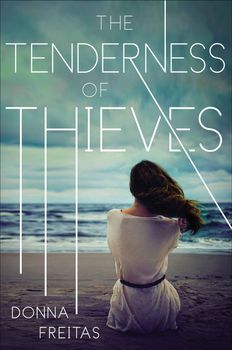 The Tenderness of Thieves

It's summer, four months after Jane was held at knife-point by masked robbers who killed her father, and no matter what she does the specter of that night haunts her. She distracts herself by diving head-first into a summer romance with one of the town bad boys–a sexy fisherman named Handel who takes her breath away and makes her feel like a bolder, brasher, more wanton Jane. But Handel has a secret–a secret that just may give Jane the answers she's looking for about the people who held her hostage. But it also may mean her summer romance will shatter with disastrous consequences. . . .

In a suspense novel that pairs psychological thriller with romance, Donna Freitas keeps readers on the edge of their seats as they swoon. Perfect for teen fans of Gone Girl.