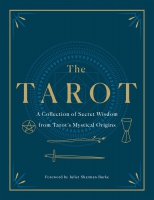 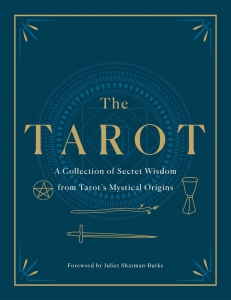 The Tarot: A Collection of Secret Wisdom from Tarot's Mystical Origins

Description
The Tarot: A Collection of Secret Wisdom from Tarot's Mystical Origins is the ultimate guide to the mysteries and lost knowledge of the tarot. This single volume includes more than ten selections from foundational tarot books, all from the 19th and 20th century. Many of these critical texts have been forgotten, fallen out of print, or are impossible to acquire. The Tarot reintroduces these books to the modern-day reader, unlocking the invisible power of the tarot for a new generation of card readers. The Tarot includes the following complete books: The Tarot by S. L. MacGregor Mathers The Magical Ritual of the Sanctum Regnum by Eliphaz Levi Fortune Telling by Cards by P. R. S. Foli The Pictorial Key to the Tarot by Arthur Edward Waite The Symbolism of the Tarot by P.D. Ouspensky The Tarot of the Bohemians by Papus The Key to the Universe by Harriette Augusta Curtiss & F. Homer The Key of Destiny by Harriette Augusta Curtiss & F. Homer The General Book of the Tarot by A.E. Thierens The Tarot also includes additional selections from Manly P. Hall and others. Featuring over 400 original black-and-white illustrations throughout the book, The Tarot is a gorgeous gift and an irresistible invitation to both seasoned readers and beginners to explore the esoteric wisdom of the cards.
Selling Points
The definitive collection of rare, secret, and arcane tarot knowledge
« Back