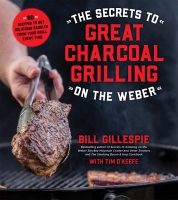 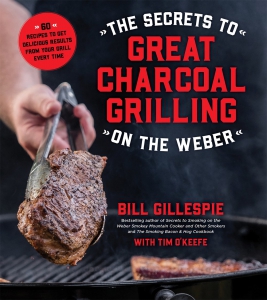 The Secrets to Great Charcoal Grilling on the Weber: 60 Recipes to Get Delicious Results From Your Grill Every Time

Description
Bill Gillespie - Grand Champion of the American Royal Barbecue Invitational - shares his best recipes for home cooks who want consistent and delicious results with their Weber Kettle Grill every time. Bill lets readers in on his secrets about common problems and how to fix them, as well as his best practices - from how to avoid flare-ups to proper cooking temperatures and how to tell when the meat is done. The results are perfect burgers, chicken, pork chops and beer-braised brats. This will be a must-have for owners of a Weber Kettle Grill. Each one of the 60 mouth-watering recipes will include a full-colour photograph. Bill is the bestselling author of Secrets to Smoking on the Weber Smokey Mountain Cooker and Other Smokers, which has over 100K copies in print, and The Smoking Bacon & Hog Cookbook. His incredible recipes have won over one hundred awards. Smokin’ Hoggz BBQ, Bill's barbeque team, was named Grand Champions of the Jack Daniel’s World Champion Invitational Barbecue and the American Royal BBQ Contest, the two biggest competitions in the country.
Previous Titles
Secrets to Smoking on the Weber Smokey Mountain Cooker and Other Smokers 9781624140990 and The Smoking Bacon & Hog Cookbook 9781624142246
Selling Points
Bill Gillespie, bestselling author and barbecue champion, will show you how to get the best grilling results every time with his no-fail recipes for the bestselling Weber Kettle Grill.
« Back