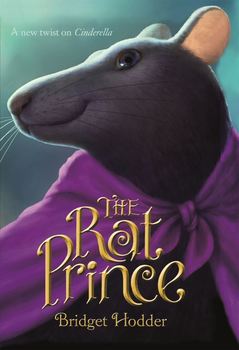 Before Cinderella's stepmother and stepsisters moved into Lancastyr Manor, she was known as the beautiful Lady Rose de Lancastyr. Then her stepmother forced her to become a kitchen maid and renamed her. At first the rats of the manor figure her for a lack-wit and take pity on her by bringing her food and a special family heirloom. But when Cinderella's stepmother finds a way to prevent her from attending the ball, the rats join forces to help her. The night of the ball is filled with magic and secrets - not least of all who Lady Rose will choose as her Prince Charming.

A funny, fresh, and lightly romantic take on the Cinderella story - told from her point of view as well as that of a rat turned coachman.