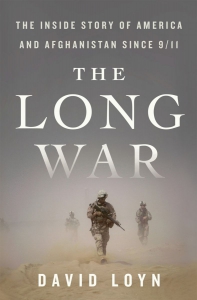 The Long War: The Inside Story of America and Afghanistan Since 9/11

Description
The Long War tells the story of eight Generals (seven American, one British) who led the war against the Taliban in Afghanistan—a high profile, complex role. Generals including David Petraeus, Stanley McChrystal, Joe Dunford and John Allen talk about their command of the war. They had military experience going back to Vietnam, but were now tested in battle as never before. McChrystal had the reputation of a “warrior monk” and was considered one of the most gifted military leaders of his generation. He was one of two generals to be fired in this most public of commands. Holding together the complex coalition of countries who joined America’s fight in Afghanistan was a unique leadership challenge. The Generals had to fight the Taliban and absorb the complex politics of Washington, Brussels and Kabul; lead troops in the field, while grappling with the multi-dimensional puzzles of the most significant geopolitical event of our time. The Long War details the daily crises they faced—assassinations, coup attempts, prison breaks, political betrayals, civilian casualties—while responsible for thousands of young American and European lives, in a country with a centuries-old reputation of resistance to foreign occupation. The decisions made in the first months of the conflict set the course for this becoming America’s longest war.
Selling Points
The story of America’s longest war, seen through the eyes of those who led it, The Long War uncovers the failures at the start that made long-term engagement inevitable.
« Back