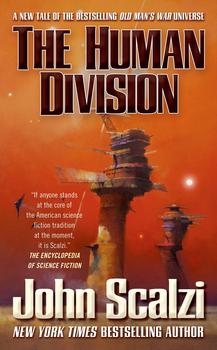 The people of Earth now know that for generations the human Colonial Union defended humanity against hostile aliens, deliberately keeping Earth an ignorant backwater and a source of military recruits. Now the CU’s secrets are known to all. Other alien races have formed a new alliance—an alliance against the CU. And they’ve invited the people of Earth to join them. For a shaken and betrayed Earth, the choice isn’t obvious or easy. Against such possibilities, managing the survival of the CU won’t be easy, either. It will take diplomatic finesse, political cunning…and a brilliant "B Team" that can be deployed to deal with the unpredictable things the universe doles out.

John Scalzi returns to the world of his bestselling Old Man’s War. This is a classic science fiction adventure, a mix of high concepts, political intrigue, military action, and far flung speculation.