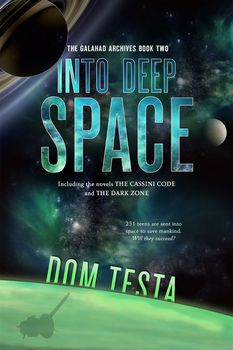 When the tail of the comet Bhaktul flicks through Earth's atmosphere, deadly particles are left in its wake, and mankind is confronted with a virus that devastates the adult population. A renowned scientist proposes a bold plan: to build a ship that will carry a crew of 251 teenagers to a home in a distant solar system. Two years later, Galahad and its crew are launched. If their mission fails, it will be the end of the human race.

A small group of crew members begins lobbying for their return to Earth - just as the ship enters the Kuiper Belt, the deadly minefield of asteroids that surrounds the solar system. It's up to sixteen year old commander Triana Martell to navigate the ship and convince her crew to forge ahead, but what awaits them on the other side of the asteroid belt could render her efforts futile.

"Few YA SF series in recent memory have been this satisfying." - Booklist, starred review, on the series.