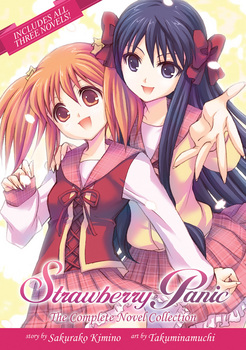 Description
For new transfer student Aoi Nagisa, St. Miator Girls' Academy offers her the chance at a fresh start and a way to redefine herself. But these noble intentions go out the window when she catches her first glimpse of honour student Hanazono Shizuma, whose porcelain white skin and goddess-like beauty leave Nagisa speechless. It's puppy love at first sight, but naive Nagisa is unaware that Shizuma is a serial heartbreaker who has set her sights on Nagisa herself. Will Nagisa end up as another notch on Shizuma's belt, or does fate have other plans in store for the new couple?