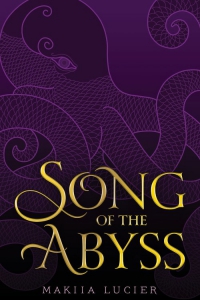 Song of the Abyss

Description
As the granddaughter of a famed navigator, seventeen-year-old Reyna has always lived life on her own terms, despite those who say a girl could never be an explorer for the royal house of St. John del Mar. She is determined to prove them wrong, and as she returns home after a year-long expedition, she knows her dream is within reach. No longer an apprentice, instead: Reyna, Master Explorer. But when menacing raiders attack her ship, those dreams are pushed aside. Reyna’s escape is both desperate and dangerous, and when next she sees her ship, a mystery rises from the deep. The sailors - her captain, her countrymen - have vanished. To find them, Reyna must use every resource at her disposal . . . including placing her trust in a handsome prince from a rival kingdom. Together they uncover a disturbing truth. The attack was no isolated incident. Troubling signs point to a shadowy kingdom in the north, and for once, the rulers of the Sea of Magdalen agree: something must be done. But can Reyna be brave enough to find a way?
Previous Titles
A Death-Struck Year 9780544541184 (Hardback) and Isle of Blood and Stone 9780544968578 (Hardback)
Selling Points
Ancient grievances, long-held grudges, and dangerous magic combine in this sweeping fantasy perfect for fans of Tamora Pierce and Rachel Hartman.
« Back