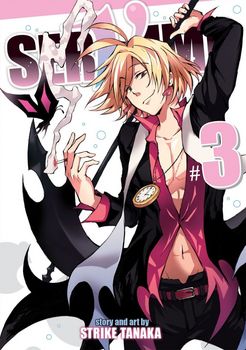 Mahiru reads one day a black cat in the street and gives him the name Kuro. But Kuro is a servant vampire - and also an extremely lazy one! For he is also known as "Sleepy Ash," the Servamp of inertia, and thus the exact opposite of the ordinary, dutiful Mahiru. To make matters worse, Mahiru unintentionally forms a contract with the bloodsucker and gets embroiled in an ancient conflict between vampires and humans.

Servamp is an all-new action comedy manga series that focuses on a power struggle between vampires. The dynamic art style and action-packed storyline will appeal to fans of similar shonen series like Blood Lad and Durarara!!.