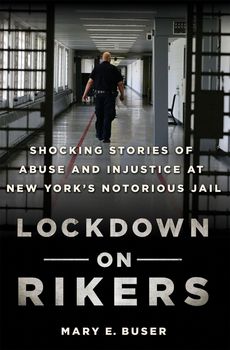 Mary Buser began her career at Rikers Island as a social work intern brimming with ideas, ready to make a difference and eager to help incarcerated women find a better path for themselves. Her initial experience working with mothers in the nursery and women in the Mental Observation Unit was rewarding and she returned to Rikers for full time employment after finishing graduate school. But her second time around was radically different: assigned to a men's jail, her return coincided with the dawn of "stop-and-frisk" policy, unprecedented arrests and the biggest jailhouse movement in history.

Committed to the possibility of growth for her charges, Buser tried to keep the new regime at bay.  Yet soon her patients began arriving to their sessions with bruises, black eyes and punched-out teeth, whispering that they'd been beaten by officers. And because of the anxiety surrounding their respective legal cases and the sheer impossibility of their release, they refused to report it. As she was transferred between different jails, including the Mental Health Center and the dreaded "solitary," she saw horrors she'd never imagined. Finally, it became too much to bear and Buser escaped Rikers and never looked back, until now.

Lockdown on Rikers shines a light into the deepest and most horrific recesses of the criminal justice system and shows how far it has really drifted from the ideals we espouse.

A searing glimpse at life behind bars on Rikers Island, as told by a former social worker in their Mental Health Department.