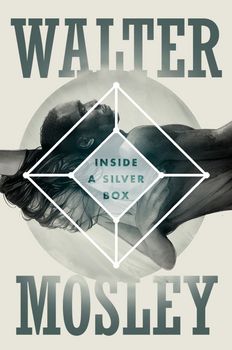 Inside a Silver Box

Walter Mosley’s talent knows no bounds. Inside a Silver Box continues to explore the cosmic questions entertainingly discussed in his Crosstown to Oblivion. From life’s meaning to the nature of good and evil, Mosley takes readers on a speculative journey beyond reality.

In Inside a Silver Box, two people brought together by a horrific act are united in a common cause by the powers of the Silver Box. The two join to protect humanity from destruction by an alien race, the Laz, hell-bent on regaining control over the Silver Box, the most destructive and powerful tool in the universe. The Silver Box will stop at nothing to prevent its former master from returning to being, even if it means finishing the earth itself.