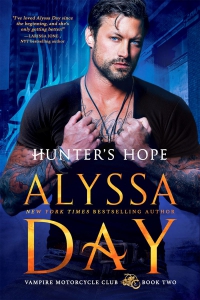 Description
Hunter Evans risked his life again and again as a firefighter until the night he died saving a child…only to be reborn as a vampire. Now the man every woman who ever dumped him called “just too nice” has to learn to live with the dark, deadly urges that threaten to turn him feral. He has to find a way to resist the beautiful woman who seems determined to save him…even from himself. Cheerful animal rescuer Hope Darlington is considered to be the eccentric one by her large and boisterous family…but none of them realize she’s not odd, she just sees ghosts. And the ghosts see her, too, and—even worse—they demand things from her. All the time. She has no time for the man who drops into her garden, claiming to be a vampire. No matter how intriguingly sexy he is or how much he needs her help. When Hunter’s very existence is balanced on the knife’s edge between danger and despair, the only thing that could possibly save him is Hope.
Previous Titles
9781682814758 Bane's Choice
Selling Points
Discover the sexy new series readers are calling “Vampire Diaries for grown-ups” from New York Times bestselling author Alyssa Day.
« Back