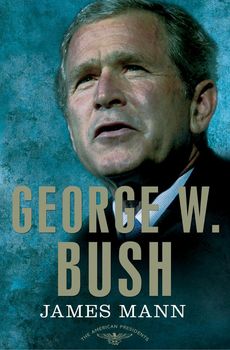 George W. Bush stirred powerful feelings on both sides of the aisle. Republicans viewed him as a resolute leader who guided America through the worst terrorist attack in its history and retaliated in Afghanistan and Iraq, while Democrats saw him as an overmatched president, subservient to his advisers, who led America into two open-ended and inconclusive wars that sapped the nation’s resources and diminished its stature. When Bush left office amid a growing financial crisis, both parties were eager to move on.

In this assessment of the nation’s forty-third president, the veteran national security journalist James Mann looks beyond the partisan debate to shed light on why George W. Bush made the decisions that shaped his presidency and how the internal debates and fissures within his administration played out in such a charged atmosphere. He shows how and why Bush, despite his political talents, became a polarizing figure in both domestic and foreign affairs, and he examines how Bush’s most consequential actions—Iraq, the tax cuts, the war on terror—came about and how they could shape America’s course at home and abroad for decades.

With a broad perspective and deep knowledge gleaned from years of reporting, Mann’s history of this tumultuous presidency points the way to a more complete understanding of George W. Bush and his times.