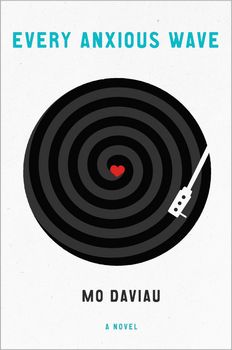 Every Anxious Wave: A Novel

Karl Bender is a good guy whose life lacks love and meaning. When he stumbles upon a time-traveling worm hole, Karl and best friend Wayne develop a business selling access to people who want to travel back in time to listen to their favourite bands. It's a pretty ingenious plan, until Karl, intending to send Wayne to 1980, transports him back to 980 instead. Though Wayne sends texts extolling the quality of life in tenth century "Mannahatta," Karl is distraught that he can't bring his friend back.

Enter brilliant, prickly, astrophysicist, Lena Geduldig. Karl and Lena's connection is immediate. While they work on getting Wayne back, Karl and Lena fall in love. Unable to resist meddling with the past, they bounce around time. When Lena ultimately prevents her own long-ago rape, she alters the course of her life and threatens her future with Karl.

A high spirited and engaging novel, EVERY ANXIOUS WAVE plays ball with the big questions: Who would we become if we could rewrite our pasts? How do we hold on to love across time?