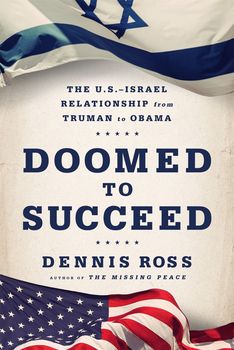 Doomed to Succeed: The U.S.-Israel Relationship from Truman to Obama

When it comes to Israel, U.S. policy has always emphasized the unbreakable bond between the two countries and our ironclad commitment to Israel's security. Today our ties to Israel are close so close that when there are differences, they tend to make the news. But it was not always this way.

Dennis Ross has been a direct participant in shaping U.S. policy toward the Middle East, and Israel specifically, for nearly thirty years. He served in senior roles, including as Bill Clinton's envoy for Arab-Israeli peace, and was an active player in the debates over how Israel fit into the region and what should guide our policies. In Doomed to Succeed, he takes us through every administration from Truman to Obama, throwing into dramatic relief each president's attitudes toward Israel and the region, the often tumultuous debates between key advisers, and the events that drove the policies and at times led to a shift in approach.

Ross points out how rarely lessons were learned and how distancing the United States from Israel in the Eisenhower, Nixon, Bush, and Obama administrations never yielded any benefits and why that lesson has never been learned. Doomed to Succeed offers compelling advice for how to understand the priorities of Arab leaders and how future administrations might best shape U.S. policy in that light.

A necessary and unprecedented account of America's changing relationship with Israel.