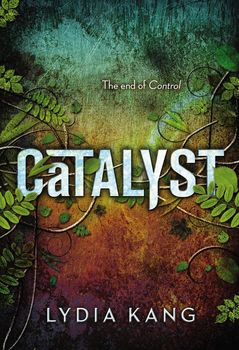 It's 2151—a year since Zel's beloved Cy traded his freedom for her sister's—and now Zel, Delia, and the rest of the genetic outcasts they met in Control find themselves in a race for survival after their safe house is attacked by officers carrying neural guns. Not knowing exactly who is after them, they split up, promising to meet in Chicago where another safe house is rumoured to be. But Zel starts hearing Cy speaking to her in her head, and she veers off plan in order to search for him. What she finds is not what she expected. There's more to their genetic mutations than they realized—and much more complexity to the conspiracy intended to exploit them . . . or destroy them.

A high-stakes survival story full of emotional heft—a book that successfully integrates science, adventure, and romance into one unforgettable read.