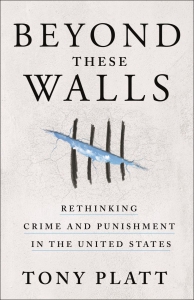 Beyond These Walls: Rethinking Crime and Punishment in the United States

Description
The contemporary American criminal justice system imprisons more people than any other country in the world. Notorious for its brutal police tactics and unashamed of the astonishing cruelty of its prisons, it regularly turns a blind eye to the institutionalized racism on display 24/7. How did a nation supposedly built on the rule of law get to this point and what can be done about it? Tony Platt’s groundbreaking book Beyond These Walls considers how the current broken system can be fixed. He begins by asking readers what a prison is and considers the commonalities between prisons, ghettos, and reservations. He urges us to think about the public functions of private security, consider the relationship between foreign and domestic criminal justice policies, and understand how the public welfare system demeans and criminalizes many, but mostly poor women. Looking back and forth at the United States' past, Platt explores the deep historical roots of the Trump administration’s law and order agenda, with specific attention to race, class, and gender, and explains the failure of past reform efforts that have, ironically, led to an expansion of the police state rather than a contraction. Tony Platt’s Beyond These Walls is a call to action, a bold plan for structural reforms that would guarantee justice for all.
Selling Points
A groundbreaking investigation into the roots of the American criminal justice system reveals how the past bleeds into the present
« Back