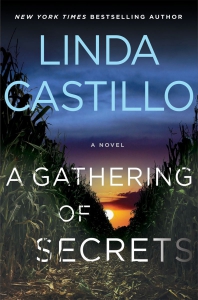 A Gathering of Secrets: A Kate Burkholder Novel

Description
When a historic barn burns to the ground in the middle of the night, Chief of Police Kate Burkholder is called in to investigate. At first it looks like an accident, but when the body of eighteen-year-old Daniel Gingerich is found inside - burned alive - Kate suspects murder. But who would want a well-liked, hardworking Amish man dead? Kate delves into the investigation and discovers Daniel had a dark side. He was a sexual predator. His victims were mainly Amish women, too afraid to come forward, and he’s been getting away with it for far too long. Now someone has stopped him, but who? The women he victimised? Their boyfriends? Their parents? As Kate wades through a sea of suspects, she’s confronted by her own violent past and an unthinkable possibility.
Previous Titles
AMONG THE WICKED 9781250061577 (Hardback), 9781250130242 (Paperback), HER LAST BREATH 9781250105523 (Paperback), DOWN A DARK ROAD 9781250121288 (Hardback) and GONE MISSING 9781250136480 (Paperback)
Selling Points
A deadly fire exposes the dark side of Amish life in this harrowing new thriller in the New York Times bestselling series.
« Back